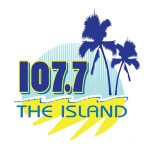 Here’s who gets a payment under Biden’s $1,400 stimulus check proposal

“We will finish the job of getting a total of $2,000 in cash relief to people who need it the most,” Biden said at an event in Delaware on Thursday evening. “The $600 already appropriated is simply not enough.”

The new payment would top off the previous $600 payment that started to be distributed in December. Around $465 billion of Biden’s $1.9 trillion ‘rescue plan’ is earmarked to go directly to Americans’ wallets.

The bonus per dependents would be $1,400 and would apply to all dependents. Previously, parents or guardians could only claim the bonus for dependents under 17. Now the bonus can be claimed for college students, disabled adults, and other adults who are dependents.

The payments would reduce gradually for those with adjusted gross income (AGI) over $75,000 for single filers without dependents and $150,000 for married couples without dependents. The phaseout thresholds would change depending on the number of dependents in the household.

Read more: Here’s what to do if you haven’t gotten your stimulus check

The $2,000 stimulus checks would also mean a big increase in income for America’s poorest families. The 20% of households with the lowest incomes would see their annual income increase by 29% if Congress passed the Democrats’ $2,000 stimulus check proposal, the Institute on Taxation and Economic Policy (ITEP) found. The effect of Biden’s plan would be similar.

For comparison’s sake, the current $600 payment gives the same group just an 8% raise, while the $1,200 direct payments last spring under the CARES Act lifted their incomes by 11%.