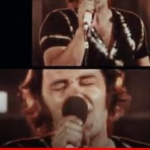 Blood, Sweat and Tears gave us two of the greatest singles of the late ’60s with “You Made Me So Very Happy” and “Spinning Wheel” and were one of the headliners at Woodstock. But their sudden fall from the top of the charts to near obscurity remains one of rock and roll’s all-time mysteries.

Documentarian John Scheinfeld, whose recent films profiled John Lennon, music mogul Herb Alpert and comedy-writing legend Garry Marshall, will oversee a film that seeks answers to questions first asked 50 years ago. That was when BS&T went on a U.S. State Department-sponsored tour of then communist-controlled Yugoslavia, Romania and Poland. A film crew joined the band with plans for a movie of the journey, bit it was never released.

The footage supposedly disappeared and the band soon lost their place on the A-list. Scheinfeld says he’ll draw from over 60 hours of rediscovered film and look at the convergence of art, politics and some CIA and FBI hanky panky, to show what went wrong.

Producers are looking for photos and memorabilia of the band from 1968 through 1971. To submit, go to BloodSweatAndTearsdoc.com.