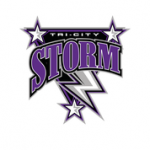 Husker head coach Scott Frost and several of his players met with members of the media over video conference on Monday to preview this weekend’s matchup against Illinois. Both Illinois and Nebraska enter Saturday’s matchup looking for their second win of the season. Nebraska leads the all-time series against the Illini 13-3-2 and owns a 6-1 record as conference foes. The Huskers and Fighting Illini are set to kickoff this Saturday morning at 11:00.

As Nebraska looks for solutions to unlock the passing game, one newcomer is now eligible and another continues sit on the sidelines. Oliver Martin, the transfer from Iowa, who first started his career at Michigan after being a four-star recruit, was suited up on Saturday, but JUCO standout Omar Manning was not as he continues to battle nagging injuries.

Nebraska basketball newcomers Teddy Allen and Lat Mayen are featured by national hoops writer Jon Rothstein on his list of 10 junior college newcomers to watch in 2020-21. Allen comes to Nebraska after leading the nation with 31.4 points per game last season at Western Nebraska Community College. Allen, who also grabbed 7.4 rebounds and dished out 3.7 assists per game, ranked in the top 10 nationally among JC players in field goals (286, first), free throws made (229, third) and attempted (260, third) and free throw percentage (88.1, eighth). As a freshman in 2017-18, Allen averaged 7.0 ppg off the bench for West Virginia as the Mountaineers reached the NCAA Sweet 16. Mayen joined the Husker program after playing at Chipola (Fla.) College in 2019-20. He earned first-team all-conference honors at the school, averaging 11.8 points and 8.4 rebounds per game. Mayen shot nearly 40 percent from 3-point range and over 80 percent from the foul line. He began his career at TCU before going to junior college. The Husker men are scheduled to open their season later this month at the Golden Window Classic in Lincoln.

Millard North senior Hunter Sallis, one of the nation’s top college basketball prospects, has trimmed down his list of suitors. Sallis is considering these eight schools: Creighton, Gonzaga, Iowa State, Kansas, Kentucky, North Carolina, Oregon and UCLA. The 6-foot-5, 180-pound Sallis is a five-star recruit — the state’s first in the two-decade history of online recruiting ratings. He’s the No. 7 overall player in the country on 247Sports’ composite ranking for the 2021 class. Rivals has him at No. 6 and ESPN ranks him No. 19. He’s not expected to make his college decision until the spring.

NET will televise two High School Football Championship Finals this Friday. The C-2 championship featuring Ord vs. Archbishop Bergan will be televised from Heedum Field in Fremont at 3:00. That will be followed by the Class A Championship Final, Elkhorn South vs. Omaha Westside live from Phelps Field in Omaha at 7:00.

The Class D6 Championship Final featuring Sterling vs. McCool Junction, at Cope Stadium in Kearney will kickoff Friday at 7:00 p.m. and will be televised by News Channel Nebraska and livestreamed on the NFHS Network.