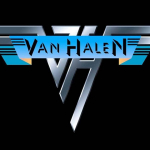 If the Van Halen family wants to put out some unreleased material from the band, they’ve already got a head start from a project done over 15 years ago.

Engineer Brian Kehew was hired to go through the Warner Brothers archive in search of material for potential expanded reissues of Van Halen’s studio albums, and he came up with four CDs worth of tracks from 1977 to 1984 for the band members to review.

Kehew was interviewed for the Sunset Sound Recorders video series, and he said that he’d found an alternate version of “Hot for Teacher,” featuring different lyrics and Eddie Van Halen dueling with himself on bass and guitar, plus a different take on “Little Dreamer” and demos like “Bring on the Girls” (which become “Beautiful Girls”) and “Voodoo Queen” (which the band changed into “Mean Street”).

Why wasn’t that material reissued back then? Kehew says, “At the time, Sammy Hagar was in the group, so it was bad timing to promote anything with Dave.” And when Roth rejoined a few years later, the band decided to focus on plugging a new album,

After Eddie Van Halen’s death last month, band manager Irving Azoff said that that Alex and Wolfgang Van Halen will eventually go through the tapes at Eddie’s 5150 studio to look for unreleased songs.