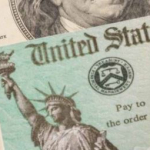 Negotiators in Washington say they haven’t finished talking, and haven’t given up on providing you with a second $1,200 relief payment.

House Speaker Nancy Pelosi and Treasury Secretary Steve Mnuchin have blown past several self-imposed deadlines and have continued their bargaining on an economic rescue package that would include more of those “stimulus checks.”

Pelosi told CNN on Sunday that a deal “could happen” this week and that she expects Mnuchin to respond to the latest Democratic proposal on Monday.

But each side accuses the other of — surprise — playing politics ahead of the election.

Here’s where things stand on whether you might get more crisis cash from the government in the coming weeks.

Your first — and so far only — pandemic payment from the government probably seems like ancient history by now, because it’s been more than six months since the IRS started distributing the earlier stimulus checks. (Which were mostly direct deposits, not checks.)

A survey from the U.S. Bureau of Labor Statistics found nearly 6 in 10 Americans (59%) used the money to pay expenses: They primarily bought found, paid utility bills, and spent the cash on household items like cleaners and shampoo.

Some also saved the money or invested it.

A small percentage said it went toward “other” expenses — which might have included buying affordable life insurance to protect family members if a breadwinner died from the virus. Life insurance sales have been surging this year.

The typical stimulus payment was $1,200, though Americans with higher incomes got less, or nothing at all. Families received $500 per child, but only up to age 16.

In early October, the Democratic-controlled U.S. House approved a wide-ranging $2.2 trillion bill offering another $1,200 for most people, plus $500 per dependent. But the House needs to get an agreement with the Republicans in charge of the Senate and White House.

How soon could you get more stimulus money?
With unemployment still high and with COVID-19 infection spiking again in many parts of the country and bringing fears of new lockdowns, many consumers have been praying for another $1,200.

Speaker Pelosi said Sunday on CNN’s State of the Union program that she remains optimistic that a deal can be reached before Election Day, Nov. 3.

“I’ll never give up hope,” she said. “I’m optimistic.” But Pelosi also complained that Republicans keep “moving the goal post.”

Earlier on the CNN show, White House Chief of Staff Mark Meadows used the same football reference to describe what he said the speaker and her side are doing.

No one gets any money until negotiators can settle on a bill that would pass the House and Senate, then be signed by President Donald Trump.

The Senate has been a big question mark, but Meadows said if the White House can make a deal with the Democrats, Senate Republican Leader Mitch McConnell is willing to get it passed.

If everything can come together before the election, money could start finding its way into Americans pockets by the end of November.

The cash could flow relatively quickly after legislation is signed, because the government has already been through the process once this year.

But if new relief for Americans has to wait until after the election, stimulus checks wouldn’t go out before December, at the earliest.