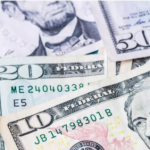 Donald Trump was back to work in the White House on Tuesday and one of his first orders of business was to shut down talks on a new coronavirus stimulus package until after the election.

Prior to Trump pulling the plug, Treasury Secretary Steve Mnuchin and House Speaker Nancy Pelosi had an hour-long meeting about a relief package on Monday and had plans to talk again on Tuesday.

Trump tweeted on Tuesday, “I have instructed my representatives to stop negotiating until after the election when, immediately after I win, we will pass a major Stimulus Bill that focuses on hardworking Americans and Small Business.”

There are a lot of people out there suffering who can’t wait until November 3rd for some financial assistance.