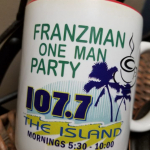 Your second stimulus check just moved another step nearer
It’s been over six months since President Donald Trump signed the law that provided most Americans with a $1,200 payout to relieve financial pain from the coronavirus and stimulate the sinking U.S. economy.

And it’s been almost as long since the battle began over whether there would be another round of so-called stimulus checks.

But now, the U.S. House — led by Speaker Nancy Pelosi — has passed a new $2.2 trillion aid package that includes not only more direct payments but also a revival of the beefed-up unemployment benefits that expired in July. The White House has offered a counterproposal.

From the hospital where he’s being treated for COVID-19, the president tweeted to the negotiators on Saturday, “OUR GREAT USA WANTS & NEEDS STIMULUS. WORK TOGETHER AND GET IT DONE. Thank you!”

Here’s what we currently know about when or if you’ll get additional COVID cash from the government.

The new payments will be the same as the last ones, except for families.

The new payments will be the same as the last ones, except for families.
It’s been a long time since many Americans got their first — and so far only — pandemic relief money. The direct deposits, checks and even debit cards were part of a massive aid bill Congress passed in late March.

The typical payment was $1,200, though the amount phased out at higher incomes. Families received $500 per child, but only up to age 16.

Households devastated by layoffs and lockdowns used the cash to buy food or pay the bills. Those in better shape went on splurges, or made more practical purchases — like buying affordable life insurance to offer families financial protection if a breadwinner died from the virus.

In mid-May, another, similar round of stimulus money was included in a $3 trillion relief package that passed the Democratic-controlled U.S. House. But it went nowhere in the Senate.

The new House bill — which passed Thursday night with no Republican support — offers $1,200 for most taxpayers plus $500 per dependent. It also would bring back the extra $600 a week in federal unemployment benefits that have long expired.

How soon could you get more stimulus money?
Senate Majority Leader Mitch McConnell has called the $2.2 trillion House plan “outlandish,” and Treasury Secretary Steven Mnuchin has countered with a $1.62 trillion Republican relief package.

It includes more $1,200 direct payments to Americans, and $400 a week in extra unemployment, according to Roll Call.

Mnuchin and Speaker Pelosi talked throughout last week, with the goal toward getting an agreement ahead of the Nov. 3 election. But so far, there’s no deal.

No one gets another stimulus check until the two sides can compromise on a bill that would pass both houses of Congress, then be signed by the president.

Once there’s a deal, the money could start moving out quickly — maybe by November — particularly since the government already has been through the process once this year.

If your budget is stretched thin and you could really use that $1,200 payment right now, here are a few ways to find some extra cash immediately.

Cut the cost of your debt. If you’ve got high-interest credit cards, roll up those balances into a debt consolidation loan with a lower interest rate. You’ll trim the cost of the debt and replace multiple monthly payments with just one.

Put payments on pause. Many lenders, banks and utility companies have let customers put their payments on hold because of the pandemic. See if you can get a break from your bills. If your car insurance company doesn’t want to play ball, start shopping around for a better one.

Refinance your mortgage. If you’ve got a mortgage and haven’t refinanced yet in 2020, you’re overdue. Thanks to the cheapest mortgage rates on record, more than 19 million homeowners have the potential to cut their monthly payments by around $300 through a refi, says data firm Black Knight.

Clamp down on your monthly spending. Consider dumping your cable and using a less expensive streaming service instead. Fight the temptation to have dinner delivered, and make meals in your own kitchen. And, download a free browser extension that will find you the best price every time you shop online.

Pick up a side hustle. Earn extra money by picking up a side gig. Turn a hobby into a source of income, or use an online marketplace to find someone eager to pay for your talents and skills.