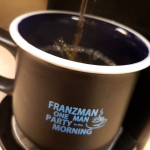 The two political parties have been dancing for months around the idea of giving Americans a second round of cash to relieve financial pain from the coronavirus and stimulate the struggling economy.

So far there’s been no deal. But Democrats this week have offered a new $2.2 trillion proposal that House Speaker Nancy Pelosi says in a news release is “necessary address the immediate health and economic crisis facing America’s working families right now.”

And it includes more of those so-called stimulus checks — which could be approved before Election Day.

Here’s what we currently know about when or if you’ll get additional money from Uncle Sam.

The new payments will be the same as the last ones, except for families.

The new payments will be the same as the last ones, except for families.
It’s probably been a long time since you got your first — and so far only — COVID-19 relief payment. The direct deposits, checks and even debit cards were part of a massive aid bill that President Donald Trump signed six months ago.

Most people received $1,200, though the payments started phasing out at higher incomes. Single earners making more than $99,000 and married couples with adjusted gross incomes above $198,000 got no cash at all. Families got $500 per child, but only up to age 16.

Americans squeezed by layoffs and lockdowns used the money to put food on the table or pay bills. Those in better financial shape went on splurges with the cash, or spent it on more practical purchases — like buying affordable life insurance to protect family members if a breadwinner became fatally ill from the virus.

In mid-May, another, similar round of stimulus money was included in a $3 trillion relief package that passed the Democratic-controlled U.S. House. But senators were never able to come together on a plan of their own.

The new House proposal offers $1,200 for most taxpayers plus $500 each for their dependents. It also would bring back the extra $600 a week in federal unemployment benefits that expired in July.

How soon could you get more stimulus money?

Pelosi has resumed her negotiations with Treasury Secretary Steve Mnuchin, with the goal toward getting an agreement ahead of the Nov. 3 election.

But it’s not clear whether he and Pelosi are making any headway. The two sides appear to be far apart on an overall price tag.

White House Chief of Staff Mark Meadows said in early September that President Trump wouldn’t support a package over $1.3 billion — and the Democrats are almost $1 billion over.

No one gets another stimulus check until negotiators can compromise on a bill that would pass both houses of Congress, then be signed by the president.

Once there’s a deal, the checks could start flowing quickly — particularly since the government has already been through the process once.

What do you do in the meantime?

So here’s the bottom line: Washington says it wants to give you more relief money, but the usual partisan wrangling has bogged things down.

If your budget is stretched thin and you could really use that $1,200 payment right now, here are a few ways to find some extra cash immediately.

Cut the cost of your debt. If you’ve got high-interest credit cards, roll up those balances into a debt consolidation loan with a lower interest rate. You’ll trim the cost of the debt and replace multiple monthly payments with just one.

Put payments on pause. Many lenders, banks and utility companies have let customers put their payments on hold because of the pandemic. See if you can get a break from your bills. If your car insurance company doesn’t want to play ball, start shopping around for a better one.

Clamp down on your monthly spending. Consider dumping your cable and using a less expensive streaming service instead. Fight the temptation to have dinner delivered, and make meals in your own kitchen.

Get a side hustle. Earn extra money by picking up a side gig, or sign up for an online rewards program that will give you cash and gift cards for completing surveys, watching videos or playing games on your smartphone.