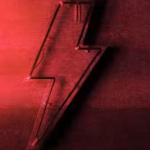 AC/DC released a teaser for the first single from their upcoming album.

The title of the song and album aren’t clear yet, but the 30 second clip is titled “PWRUP Teaser 1,” so one or both of them is likely called “Power Up.” And, not surprisingly, the teaser sounds exactly like classic Brian Johnson-era AC/DC. Check it out here.