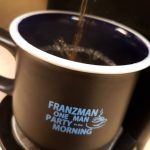 Daryl Hall of Hall & Oates has a great series you should check out if ya love watching music on TV.

Live From Daryl’s House returns to AXS-TV on October 1st with a never-before-seen episode featuring Tommy Shaw of Styx.

A week later, Daryl Hall is joined by retro soul artist Ty Taylor, who co-starred in the HBO mini-series Vinyl.