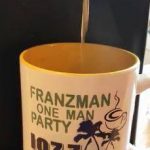 When Angela Osborne in Texas recently checked her mail, she found something surprising, according to KHOU.

“I noticed this odd package with Chinese writing, and noticed the sender, and said I didn’t order anything from China,” she told the outlet.

When Osborne brought the package inside, she opened it up to find a single face mask, an experience she described as “creepy,” KHOU reported.

“There’s no note. Nothing,” Osborne told the outlet. “I got … a faded tracking address and some tracking numbers.”

It was a similar story for Florida resident Shan Sharp, who also found an unexpected package in her mailbox, WFLA reported.

“I looked at the label and it had Shanghai, China, from a certain district,” she told the outlet. “All of this information, including my cell phone number, (was) on there.”

When she opened it up, there was no note, only two packages of face masks, according to WFLA. She quickly threw the masks away, adding, “I didn’t want to keep it in my house.”

“Our recommendation is if you didn’t order it, throw it away,” the sheriff’s office said in a Facebook post Monday. “Just like with the seeds that have been sent it is not recommended using the mask sent to you, throw the mask away.”

Officials with the Federal Trade Commission believe these masks — as well as unsolicited seed packets — are part of what they call a “brushing scam,” WTKR reported.

A brush scam is when foreign sellers get a hold of your name and address online and send you merchandise you didn’t order in an effort to boost their reviews, according to the Better Business Bureau.

Packages involved in brush scams may not have return labels or could look like they came from Amazon or other retailers. Sending unsolicited merchandise allows sellers to post fake, positive reviews under your name, which results in increased sales, the bureau said.

If you receive a package you believe to be part of a brushing scam, the bureau recommends changing your account passwords and notifying the seller.