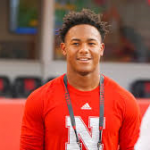 Bill Moos will be keeping close tabs on today’s meeting of the NCAA Board of Governors. They could potentially decide whether all NCAA fall sports championships will be postponed or canceled.

Nebraska’s preparations move into a new phase today with the start of two weeks of “minicamp.” The plan, approved by the NCAA in mid-June, allows for six hours of walk-throughs, six hours of team meetings and eight hours of strength and conditioning work and/or film review through Aug. 6th. At that point, schools can begin their usual training camp regimen.

Husker sophomore Wan’Dale Robinson is one of 50 players named to the watch list for the Hornung Award. The honor is given annually to the most versatile player in major college football. The sophomore wideout from Kentucky is the only returnee among the four 2019 finalists. A two-time Big Ten Freshman of the Week, Robinson set school marks for both catches and yards by a true freshman, while becoming just the fourth true freshman in Nebraska history to post at least 1,000 all-purpose yards.