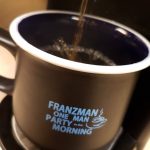 The following is an excerpt from an interesting article I found on Zippia.com.

HOW WE DETERMINED WHAT STATES USE THE MOST FIREWORKS
The dollar amount of firework imports came from the US trade Census. Of course, more people often equals more fireworks (and firework injuries!), and we didn’t want a list of the largest states. So to determine that states with disproportionately high amounts of fireworks (and thus the most firework economic activity) we used population numbers from the US Census. From there, we determined the states with most firework spending per capita.

Missouri
Nebraska
Kansas
Alabama
South Carolina
Wyoming
Nevada
North Dakota
Indiana
Ohio
So there you have it. The 10 states that put up the most explosions in the sky for that special holiday. If your state isn’t on there, you better hurry up and stock up on some fireworks.