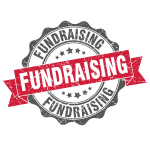 Marker message
The text for a planned historical marker remembering the tornadoes of 1980:

Seven tornadoes struck Grand Island and surrounding areas on the night of June 3, 1980. They were part of a supercell thunderstorm complex that produced eighteen tornadoes from Nebraska to West Virginia. The complex approached Grand Island from the north during the early evening. It moved slowly south-southeast through the city at around eight miles per hour. All seven tornadoes struck within a three-hour period. One reached F4 intensity, leaving a six-mile path of destruction more than a half-mile wide. Two other tornadoes were rated F3.

The storm killed five people and injured about 200. It destroyed hundreds of homes and many businesses. Total damage was estimated at over $200 million. The event was also unusual for producing three tornadoes that rotated clockwise. This is rare in the northern hemisphere, where over 99 percent of tornadoes rotate counter-clockwise. The disaster inspired a book and a made-for-television movie entitled ‘Night of the Twisters’, as well as tornado and engineering research. The debris from the devastation was collected here, creating a park for the people of Grand Island.

To help with the purchase of a historical marker, donations can be made at Great Western Bank to the Tornado Hill Memorial Marker fund.