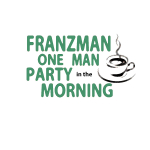 And Sammy adds that he’s still keeping the door open to a reunion, even if it includes a split bill with Roth.

“If Dave wants to come out together, we can do that. But of course he wouldn’t want to do that, so I couldn’t care less if I even saw the guy. The truth of the matter is, for the fans, and just for me to be a part of that, I want to to walk out there every night and do the best of Van Hagar and have him do the best of that era. That’s as good a tour as anyone would ever do on the planet and it’s for the Van Halen fans. I love making people happy. And it would make me happy…

“Eddie had a lot of health issues, but I heard he got it together. I pray for the guy and I love the guy… I know that Eddie and I are not done. If enough water goes under the bridge before we die, it’ll happen. It has to. God is going to slap us both around if he has to.”

Hagar has not spoken to Eddie since the 2004 reunion tour.

And, in case you missed it earlier, Hagar and The Circle have canceled their summer tour.

As exciting a potential as this is there are a few complications including VH fans would rather see Michael Anthony on bass and not Eddie’s son. Another kink in the works is the fact that footage from this years David Lee Roth Vegas shows reveals even less singing than ever before from Roth and fans such as myself might prefer to be blown away by the recorded masterpieces from both eras rather than see and hear them try to recreate it live in a substandard fashion.