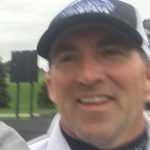 The Nebraska volleyball team is delaying season ticket renewals because of pandemic-related uncertainty. The Husker schedule, which is usually finalized by late April to early May, remains on hold. Officials say it remains unclear how a home schedule will look this fall.

The NCAA Division I Council delayed the possibility of a one-time free transfer Wednesday. The group approved a resolution to develop legislation on transfer eligibility to be voted on in January 2021. If the resolution is passed, players in all sports would be able to transfer without having to sit out a season starting at the beginning of the 2021-22 sports season. Wednesday’s decision means Nebraska basketball transfers Trey McGowens and Kobe King will need immediate eligibility waivers by the NCAA to play next season. Nebraska plans to apply for those waivers.

The NCAA Division I Council yesterday also voted to allow college football and men’s and women’s basketball players to return to their campuses and start organized team workouts June 1st. The NCAA had installed a moratorium on such workouts through May 31st.

South Dakota wide receiver Levi Falck announces he is joining the Huskers as a graduate transfer. The 6-foot-2, 205-pound Falck caught nine passes for 85 yards last season for the Coyotes. In 2018, he caught 45 passes for 492 yards and two touchdowns.

Kearney High football coach Brandon Cool says the school will be among those who will be delaying the opening of their respective weight rooms until after June 1st. Cool’s comments came during a Zoom meeting of 40 Class A and B football coaches Wednesday night. Norfolk and Lincoln are also among those waiting. Grand Island coach Jeff Tomlin was unable to be on the Zoom meeting because of a school board meeting to decide if the Islanders would open up their weight facilities on June 1st.

The NSAA Representative Assembly today will hear a proposal to increase the Class-A enrollment limit. The proposal would raise the cutoff for Class-A from 850 students in grades 9-10-11 to 900 starting in the 2022-23 school year. It would not apply to football, which counts boys only. That cutoff is 425. Today’s agenda also includes proposals to add bowling and girls wrestling to the state’s championship lineup.

The Nebraska Eight Man Football Coaches Association has decided to go ahead with the Sertoma Eight Man All Star Football Classic this summer. The game has been scheduled for Thursday July 16th at Hastings College and will kickoff at 6:00pm. The game was origanally scheduled to be played June 20th.

The Nebraska Shrine Bowl football game has been scheduled for Saturday July 11th. Kickoff is scheduledd for 2:00pm that afternoon at UNK’s Ron and Carol Cope Stadium.