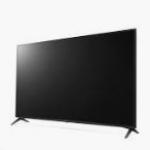 I just recently finished the 6 episode series WACO on Netflix. It’s based on two books, one of which is from a hostage negotiator (I assume the actual one from the stand-off) and the second author is a survivor of the stand off. It leads me to believe the series gives accounts of both sides of what happened in Waco, Texas in the early 1990s which was a very long stand off ending in tragedy.

It’s very compelling to watch this for me as I was (as much of the nation) following the story day after day after week after month. This series did two things for me that I didn’t expect: it did not make our FBI look great and it made the Branch Davidians look a bit more normal than I expected.

When I finished the 6th and final episode it was bed time but my long standing household rule is to never go to sleep with those images in my head. You guessed it…King of the Hill, 2 episodes. Tried and true, works every time. King of the Hill makes everything right with world. Now, what to watch?