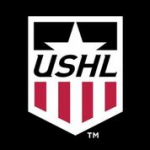 The USHL announced Wednesday its decision to cancel the rest of the 2019-20 season. The unanimous decision was made by the USHL Board of Directors. League officials had initially postponed play on March 12th. According to a statement released by the the league and USHL President and Commissioner Tom Garrity, the move is in the best interest of USHL athletes, staff, officials and fans. The USHL will announce the 2019-20 season awards in the coming weeks.