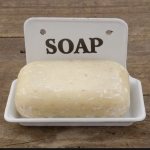 There’s an article in Rolling Stone Magazine I want you to read so you can relax a little. Here it is:

Don’t Panic, You Don’t Need Hand Sanitizer to Fight Coronavirus
The greatest trick hand sanitizer ever played on humanity was convincing us it needed to exist — as long as we have soap and water, we’ll be fine

COVID-19 is here, and to put it scientifically, people are shitting their panties over it. People are buying masks that won’t protect them. They’re buying doomsday-survival gear they (very likely) won’t need. And, if they’re lucky enough to find it, they’re buying hand sanitizer in bulk — which in most cases, they don’t really need, either.

In recent weeks, as the death toll has climbed and the panic surrounding coronavirus has mounted, hand sanitizer has been increasingly difficult to find, with stores selling out of Purell and other sanitizer brands. On Amazon, third-party sellers have capitalized on the fear by selling hand sanitizer at an incredibly marked-up price, with packs of four bottles costing dozens of times the original amount. While a bottle of hand sanitizer typically costs about $2.50, on Amazon one reseller is selling two-packs of 8-oz. bottles of Purell for $79.99. And while Amazon has promised to actively monitor the situation and remove third-party vendors selling hand sanitizer at an outrageous cost, as of Thursday morning such listings were a simple search away.

Fortunately, being unable to find or afford to buy hand sanitizer doesn’t literally signify the difference between life and death — in fact, not even close. Public-health experts and microbiologists who spoke with Rolling Stone say that when it comes to coronavirus, it’s not nearly as significant as many have claimed.

Generally speaking, is hand sanitizer effective at killing germs?
Although popular hand sanitizer brands tout their effectiveness at killing, say, 99.9% of germs, up until fairly recently there was a vibrant debate in public-health spaces about whether hand sanitizer was even effective at fighting disease-causing bacteria to begin with. In 2016, the FDA requested that hand sanitizer brands prove that their products actually reduce bacteria as claimed and that they are harmless with prolonged use over time, with some data finding that certain antiseptic ingredients were present in users’ blood and urine for longer than previously thought. Scott says that he was initially “skeptical” of the value of hand sanitizers due to fire incidents and slip-and-fall accidents involving alcohol-based sanitizers in schools and hospitals.

Over time, the conversation evolved from questioning whether alcohol-based hand sanitizers were safe to whether they were as effective as manufacturers claimed. And this is still something of an open question, at least according to the FDA, which, as recently as this year, sent a warning letter to Purell parent company GoJo telling it to stop making what they viewed as unfounded claims on its website, such as that Purell “may be effective against viruses such as the Ebola virus, norovirus, and influenza.”

Overall, however, the consensus is that hand sanitizer products are generally considered not only safe, but “the evidence is fairly strong” that they are also effective against certain types of microorganisms. “I wouldn’t say I’m a convert, necessarily, but I’ve become convinced of the value as part of the bug-fighting kit,” in part due to their ease of use when soap and water are unavailable, says Scott. And one of those types of microorganisms it is likely effective against is COVID-19, which, as a member of the coronavirus, is membrane-enclosed.

But that “if” is pretty important here, says Dr. Christi Wojewoda, director of clinical microbiology at the University of Vermont Medical Center. “It doesn’t hurt to be cleaning your hands with hand sanitizer, but I don’t think that’s the most-required step” in fighting coronavirus, she says. Of the methods recommended by the CDC, “I would say washing your hands is number one; two is being very cognizant about touching your face; and three is using hand sanitizer.”

Wojewoda stresses that cleaning your hands with soap and water (and hand sanitizer, if you aren’t able to wash your hands the traditional way) before you touch your face is crucial here. That’s because, as far as we know, simply touching a surface with a high burden (microbiologist-speak for “infected with a shit ton of”) the virus is not enough to get you sick. It has to be transmitted via the mucus membranes of your face, making avoiding touching your mouth, eyes, and nose an extremely important preventive measure.

Scott agrees that hand sanitizer is not as crucial in preventing coronavirus as many media outlets have claimed. “Even though we know alcohol kills the virus, it’s still more effective to wash your hands,” he says, citing previous data regarding the efficacy of soap and water in fighting viruses, like influenza, versus hand sanitizer. “That’s still the gold standard here.” He also stresses that washing your hands with soap and water before touching your face is key. “If I had to put in a contact lens I wouldn’t feel confident just having used hand sanitizer. I’d want to wash my hands,” he says.

So why all the fervor surrounding the lack of availability of hand sanitizer? Wojewoda chalks it up to one simple thing: panic. “There’s also been a run on masks, and we in the hospital can’t get enough masks,” she says. “Which is scary, because we can’t get the equipment we need to do our job in the hospital because people are using them inappropriately.” Hand sanitizer “is one more thing that makes people feel safe in a time of unknowns.”

So to recap, if you don’t have an extra $50 lying around to buy hand sanitizer, that’s totally fine, and you will not die. Good old soap and water is just as effective — if not even more so — than hand sanitizer. The fact that some unscrupulous parties are financially exploiting this sense of fear and uncertainty by price-gouging concerned people is disappointing, but sadly not surprising.