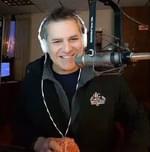 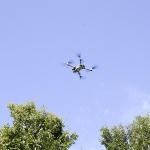 Initially I thought this “drone thing” would just blow over rather quickly because:
1) The drones would simply move on or
2) Whoever is behind the drones would chirp up

Prior to the announcement of drones in our area, I spotted one flying rather low after dusk as I made my way from my garage to my house. The lights caught my eye as did the altitude. I tried with all my might to figure out what in the world it was and eventually assumed it was just a plane and my eyes were playing tricks on me. I left it at that and didn’t think twice about it.

NOW ALL OF THIS!

It’s been too cold for me to want to go sit outside and check the night sky to see if I happen to spot anything, plus Netflix was calling my name. 😉 However over the past couple of nights after deep discussions with a few people regarding this bizarre occurrence, I decided to join a FB Group to kind of track how many people were actually having luck spotting these. Some have captured videos while others are lucky enough to capture a photo in the dark night sky that does NOT have any details. These suckers are very difficult to capture on your camera even if you do spot one up above. Since then I’ve just kind of been browsing through FB and kindly reminding people that it is AGAINST THE LAW TO SHOOT ONE DOWN and is extremely unsafe! Even though we all want to know who is behind the madness, we can’t be irresponsible by shooting one down. Trust me, I’m just as frustrated that these gadgets are flying around my home aimlessly (in my opinion) and just hovering. Yes, I said it, they in fact ARE flying around my home.

MY DRONE SPOTTING’S – Monday Night (1/6/20) approx. 10-10:30pm
I) I spotted two separate drones flying in opposite directions from one another one was flying West to East on my left (along approximately State Street) and the other was flying East to West (along approximately 13th Street). This happened simultaneously and both were low enough that I could spot the shape of their aircraft but could not capture it on my camera. Then they both changed altitudes and went up into the sky. The one along 13th Street (or so) simply hovered for at least 20-30minutes before I decided to call it a night. The other went far off into the distance and appeared to hover for a bit then disappeared into the sky.
II) After about 10 minutes of watching I noticed at least two more that came into the same area as the other two and these appeared to just hover as well. One specifically flew in rather quickly and then came to a sudden stop and just sat for a while.
III) After communicating with my neighbor for a bit via Messenger, I decided to hit the hay but then he spotted more approaching our area so I hopped up out of bed and peered out the window. Sure enough, there were a pair of drones moving along the same path into the area. They were uncomfortably close to one another flying West to East rather rapidly along approximately 17th Street. This pair of drones had red and green lights.
IV) Moments later another drone flew into the area with a white strobe light. This one was flying much quicker and a bit higher and was flying Northeast to Southwest. After I spotted this one, I decided I was done with my drone watching for the night. It was time to say a prayer, make my peace and try to get some rest.

SO WHAT ARE THESE DRONE’S DOING AND WHO IS BEHIND THEM?

Excellent question! Honestly at this point authorities do not know. Believe me, they want to know. Law Enforcement has been so busy responding to drone sightings that they aren’t able to get to the other things on their plate. Several entities have spoken up to deny any connections, however the party behind the massive invasion of drones has not come forward.

ARE THEY BREAKING THE LAW?

Another great question! That is unknown at this point. We simply need to know who they are before we can determine if they have truly done anything wrong. There are a lot of waivers that have to be approved by the FAA for them to be in compliance. So at this point it isn’t known, but hopefully soon enough it is!

HOW CAN I TELL IF WHAT I FOUND IS A DRONE AND WHAT SHOULD I DO IF I SEE ONE?

You should report and packs of drones (4 or more) to local authorities at the time of seeing them, then Law Enforcement will see if they can confirm if what you reported is truly a drone. Generally the drones are flying within 150 to 400ft off the ground. Drones have an ability that airplanes do not, they can change direction instantly and can go up and down quickly. The lights spotted on the drones in question are red and green or have strobe lighting. Many fly over a neighborhood at a lower altitude then they hover over an area for a period of time. All sightings are being tracked by local authorities using Google Maps to track their whereabouts.

OTHER THAN THE DRONES, WHAT ELSE SHOULD I REPORT?

Please report any vehicles large in size that appear to be suspicious in your neighborhood. These are being referred to as support vehicles. If you can, get the plate number and/or description of the vehicle and share the whereabouts with authorities immediately.

IS THERE A REASON FOR PUBLIC CONCERN?

At this time much is not known about the drones. We don’t know why they are here, how long they will be around and there are no repeated patterns. It was generally thought the drones were moving from West to East across the State and were leaving the area to new communities, but we are continuing to see the drones remaining in several communities and authorities are getting numerous reports of drones in multiple portions of the State at once. What we do know is authorities believe this is not the work of a hobbyist, rather of commercial use. At this time it is important not to speculate who is behind the drones and to remind the public that it is not safe to bring them down! If you have a concern or feel they are a threat to you or your family, call it in.

Listen to the latest on with our sister station, KGFW: http://post.futurimedia.com/kgfwam/playlist/addressing-concerns-over-the-drone-sightings-2108.html?smc=33

Image below was not captured in Nebraska.

“DJI MAVIC2 Drone” by TheBetterDay is licensed under CC BY-ND 2.0 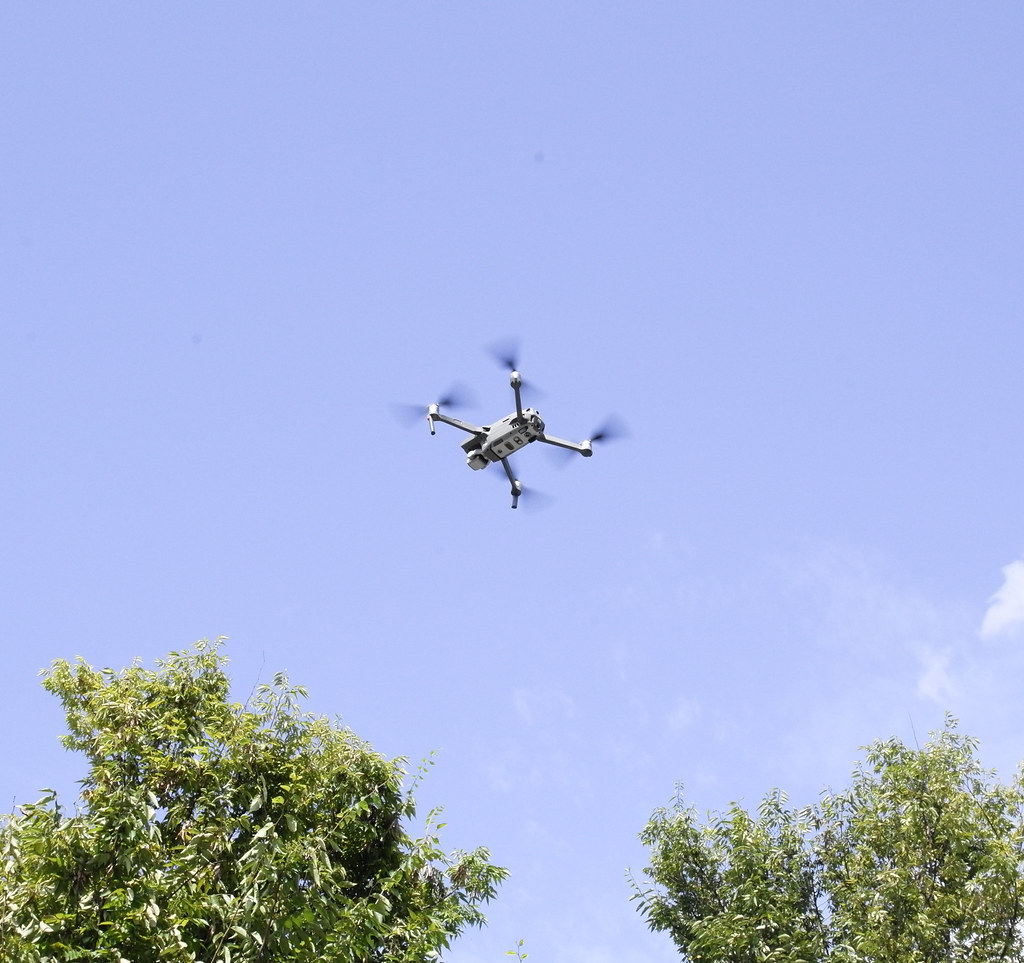 “DJI MAVIC2 Drone” by TheBetterDay is licensed under CC BY-ND 2.0