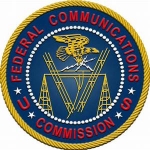 The FCC has fined CBS $272,000 over misuse of the Emergency Alert System’s tone on an episode of Young Sheldon, according to Deadline.

In a release, the federal regulator said, “On April 12, 2018, CBS transmitted an episode of Young Sheldon via at least 227 television stations, including 15 of CBS’s owned-and-operated television stations. The episode included a sound effect accompanying a tornado warning, which the producers modified, but still audibly resembled actual EAS tones.”

According to the FCC, “Broadcasting actual or simulated alert tones during non-emergencies and outside of proper testing or authorized public service announcements is a violation of the Commission’s rules and a serious public safety concern.”

The older Sheldon would have known better…don’t mess with the FCC.