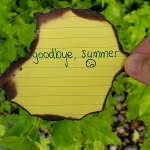 I can’t even believe we are looking at the last couple weeks of summer left in store. The Spring & Summer of 2019 came with some big highs and lows. Let’s recap, shall we?

#NebraskaStrong became so much more than just a State slogan; it really represented the strength of our farmers and community. Not just those directly impacted by the catastrophic events in March and the continued rainfall throughout July and August, but really the strength of an entire body of people in our great State. When disaster occurred in several portions of Nebraska we saw neighbors and strangers alike helping out their fellow community members. This was such a humbling experience to be part of and witness all around us. We truly live amongst a community of heroes, many of which will NEVER get the recognition they so deserve. Special thanks to all of our area first responders during these harsh conditions and all the young people who got involved to help with sandbagging and recovery efforts. We are in good hands with our youth learning early on what it means to show basic compassion on those in need. We are #NebraskaStrong!

Here at the Island we’ve had some incredibly busy months covering weather related items, the State Fair and bringing you so many incredible contests! Let’s start with the Rolling Stones Giveaway. That was an amazing event with nearly 100 loyal listeners showing up for our giveaway party at Anderson Automotive. Truly, I still can’t believe the day we launched our Stones Contest (in March) was the same day the Nation was delivered with news of Mick Jagger’s health. By the time we met for the giveaway party (in May) it was still unknown when the rescheduled concert would be. That was so not cool… BUT we survived it anyways and the show went on as planned at a later date in early August. Thank you to everyone who came out to party with us as we patiently waited to announce the big winner! I love all the awesome photos we captured with each of you which you can still see on our Facebook page in #TheIslandSocialZone.

This summer we asked you to submit a photo of your backyard that is in need of a makeover for your chance to win a $4,000 prize with River Valley Hardscapes, Grone’s, HyVee in GI, Williams Flower Co. and the NE Pork Producers. What a great contest this was! We had over 200 entries and sadly the majority of those yards truly need some TLC and then some. I hope each of you can find the time and the resources to get your yard updated to something that you can be proud of. This was NOT an easy task trying to narrow it down to just one single winner, but somehow we managed to do just that. Congratulations again to Carol Shively of Central City. Carol has already begun collecting her prizes and is just on top of the world with excitement for winning this incredible prize! It was definitely a once-in-a-lifetime kind of prize!

Earlier this week we wrapped up our Husker Prize Package with Blur Parties. Congrats to Kevin Nowak of Grand Island he won a prize valued at just about $500. Kevin will get to see a sneak peek of the new Husker Documentary “Day by Day”, he’ll hear from the producers, catch some interviews and get to mingle with former Husker players. Such a neat experience! It’s not over there though. Kevin will also get to enjoy watching the Nebraska vs. Colorado game on the big screen TV’s at the Blur Parties Tailgate. That event comes with a buffet, drinks, live music, tailgating games and also an opportunity to have a drink served by a former Husker player. Such a cool experience made possible with the Island and Blur Parties in Boulder this weekend. Don’t forget we launched the Island’s Kick-Off Contest again on our website, so enter in your predictions weekly and I also want to remind you that we’ll continue to give away passes all season long for the Husker Home Games with Blur Parties. Read all about this awesome tailgating experience at blurparties.com.

Finally today we wrapped up our Show Us Your Island Summer photo contest on our website. We really, REALLY enjoyed seeing the photos you submitted to us throughout the summer. We loved seeing your creativity! This also was not an easy choice to choose the BEST photo of the summer, but ultimately we did and we couldn’t be happier with the excitement of our lucky winner, Becka Sanders! She is so stoked to be the recipient of a $100 gift card to Kohls and $100 to use at Shirt Shack. Becka took us along with her and her family to the Rolling Stones concert and captured all the little steps in between along the way.

It sure was a busy few months between these key giveaways and the massive amount of other prizes we’ve had throughout the spring/summer of 2019. We loved meeting Maddie Hedges who got to go on an escorted motor coach trip with Gannon Travel Associates to see Cher in May in Omaha! The past few months we had tickets galore for the Sodbusters, Cirque Italia, Rocketman and much more! We also had the joy of putting together “The Franzmans Island Cookbook” with all of your yummy recipes. Thanks for taking the time to submit your secret family recipes and for participating in our wide array of awesome contests! We absolutely love having fun contests and believe there is something for everyone right here with The Island! We look forward to a fabulous fall with YOU!