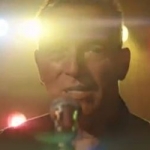 John Stewart once said something like, “Springsteen doesn’t just sing. He testifies…he empties his tank…” I think that is perfectly said.

Bruce Springsteen’s first new studio album in five years, Western Stars, gets released today. As previously reported, Springsteen describes the new collection as “a jewel box of a record” that marks “a return to my solo recordings featuring character driven songs and sweeping, cinematic orchestral arrangements.”
The sound of Western Stars, as The Boss mentioned in a Variety interview in 2017, was inspired by the Southern California pop records of the late 1960s and early ’70s made by artists like Glen Campbell, Harry Nilsson and Burt Bacharach.
The 13-track album delves into a variety of themes inspired by life in America, including isolation, community, “the permanence of home and hope,” and “highways and desert spaces.”