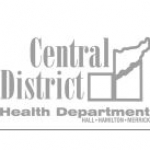 The Central District Health Department (CDHD) is asking residents of Hall, Hamilton and Merrick Counties to report dead birds to monitor for the presence of West Nile Virus in the area.

The public can play an important role in monitoring West Nile Virus by reporting dead birds to your local health department. Birds that will be accepted for testing must not be damaged and must be free from decay. If birds have been dead for more than 24 hours testing cannot be performed. A surveillance system based on bird mortality has been shown to be an effective method for detecting West Nile Virus activity. Birds that we are looking for are the Corvids (Crow Family). Which include birds such as: Crows, Ravens, Jays, and Magpies, etc.

Nathan Kush, Environmental Health Specialist, states, “At this time no West Nile Virus has been detected in the area, but testing dead birds will aid us in monitoring the presence and viral activity in the region.”

Most humans infected by the virus show very mild or no symptoms, generally a fever and headache. Less than one percent becomes seriously ill and that occurs within three to 15 days after the bite of the infected mosquito. Those seriously infected, particularly the elderly, display symptoms such as muscle weakness, stiff neck, disorientation and convulsions. The greatest risk for infection is during late summer and early fall because the mosquito that transmits the virus increases in numbers throughout the season. The illness is not spread person-to-person.

Mosquito numbers are increasing and the public should prepare for a long season.

To avoid mosquito bites, the Central District Health Department recommends that people do the following:
– apply mosquito repellent, especially one containing DEET, a highly effective repellent;
-avoid going out at dawn and dusk when mosquitoes are most active;
-wear long sleeve shirts and long pants if out during peak mosquito hours;
-eliminate standing water to reduce mosquito breeding sites; and
-ensure that screen doors and windows are in good repair.

For more information contact the Central District Health Department at (308)385-5175.