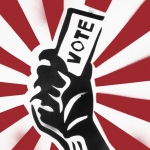 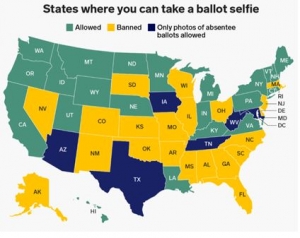 FB has an election page to help inform you about the candidates and at a very minimum show you who is running. It’s under “Election 2018”

Elections have slowly moved into the digital age with rules regarding ballot selfies.
Violating a ballot selfie ban could earn a fine or jail time.
Justin Timberlake got the message after taking a photo of himself voting early to that turned out to be illegal.

He recently posted the selfie on his Instagram, in which he was seen in a voting booth in his native Tennessee. (The photo was later removed from Instagram.) JT later appeared on Jimmy Fallon’s “Tonight Show” Wednesday night, Timberlake told the audience that they should “get out and vote,” but maybe not follow his other step.

See the map for ehere you can and can NOT take photos.