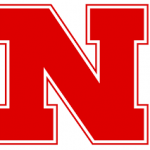 The 5th-ranked Nebraska volleyball team closes out a three match homestand tonight, hosting the Indiana Hoosiers. The Huskers are 14-1 all-time against the Hoosiers and have won 14 straight matches in the series since dropping a 2-0 decision in 1978. The last set Indiana took from the Huskers was on Nov. 9th, 2012. First serve at the Devaney is set for 7:00 tonight. The Huskers had their 14-match winning streak snapped in a 3-1 loss against now 3rd-ranked Minnesota Saturday, are now in sole possession of second place in the Big Ten standings behind the unbeaten Gophers. The Huskers are heading into toughest part of their conference schedule with six matches against top-10 teams in less than a month. Following the Indiana match tonight, the Huskers will play at 9th-ranked Penn State, 8th-ranked Wisconsin and 3rd-ranked Minnesota in an eight-day span.