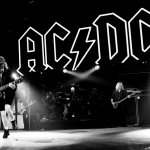 AC/DC would make a good halftime show! And now there’s a petition to make 1t happen.

The petition was started by a rock fan who says, “It’s been a while since we’ve had some real metal play the halftime show for the Super Bowl. Don’t get me wrong, all music artists have done a great job and should play the show, but we all need a turn. It’s time for some rock and roll! And who better than AC/DC to play? They are coming back together, making a new album and possibly touring again. This would be perfect! Come together, metal heads and get this going! Dee Snider of Twisted Sister is with us!”

Wanna sign it? You can find the petition at Change.org. Over 1500 supporters have signed it with the goal being 2500.

The NFL past guests include The Who and Aerosmith but it’s a while since the halftime show rocked.