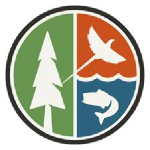 In 2013 I moved to Nebraska. I am ashamed to admit the furthest I have travelled West in our great State is to Odessa and let’s just say that’s simply because I misunderstood some instructions regarding how to get to Cunningham’s on the Lake. I thought I was supposed to get on the interstate, but apparently it was simple “near” the interstate. So ended up in Odessa was simply because I couldn’t follow directions which is not like me at all. haha

Nonetheless, I have really been feeling a travel-itch and have determined 2020 will be the year I get further West in Nebraska and simply just get out of the house more.

Today is National Plan for Vacation Day and the Nebraska Game and Parks is reminding all of us about several great destinations across the State. Here’s some info I received via email today from them.

Give yourself the gift of some time off in Nebraska outdoors and maybe do one of the following:
— Go on a guided trail ride at Fort Robinson State Park, one of the premier places to ride horses in Nebraska.
— Visit Smith Falls State Park to see Nebraska’s largest waterfall and tube down the Niobrara.
— For spectacular fall color and great camping and hiking, plan a stay at Indian Cave State Park.
— Want to go fishing? Check out the 2020 Fishing Forecast for Nebraska’s best fishing hotspots. http://outdoornebraska.gov/fishingforecast/

Nebraska has more than 70 state park areas — those suggestions are barely scratching the surface! For even more great trip ideas, visit us online. http://outdoornebraska.gov/parks/