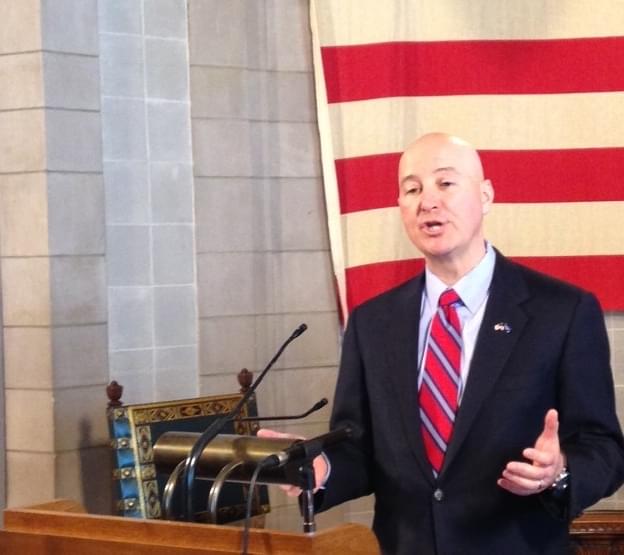 “The Nebraska State Patrol is coordinating with the FBI, local law enforcement and the FAA, to do an investigation to discover who is flying the drones and what the source of those are. I don’t have information to provide at this time as they are investigating that. I would encourage anyone who sees those drones to report them to local law enforcement so we can collect data on it.”

While he understands Nebraskans are looking to protect their privacy, it is still against the law to shoot drones out of the sky. Ricketts also wants drone owners to stay out of harm’s way and not fly their own drowns in areas they shouldn’t be over.

“Some people asked if you can’t shoot one of them down but you can’t do that. The FAA has the authority over airspace but I know it’s causing concern with people in both Colorado and Nebraska. We are doing the investigation, as soon as we have more information we will share that. As for people who are operating drones out there, please follow FAA guidelines when it comes to drones so you don’t create more confusion and are not part of the story here.”

Ricketts isn’t endorsing taking down a drone yourself, he insists allowing law enforcement to do their due diligence in this matter.

“I certainly can’t endorse breaking the law on this here. It is annoying since the story has been out for a week that no one has claimed them. My first thought was if someone shoots one down we would know because someone would complain since they are quite expensive. It is illegal to do that. Just let law enforcement work this through. It will be a longer process but we will be able to do this without damaging anybody’s property.”

“I have reached out to the Federal Aviation Administration (FAA) about finding the source of these unidentified drones and am concerned there seems to be no clear assessment of their source. We must protect the privacy and property rights of Nebraskans. I appreciate the work of federal, state, and local officials to address these concerns and encourage Nebraskans to promptly contact local law enforcement with detailed accounts of confirmed future sightings.”

To hear from the Buffalo County Sheriff’s Office, click here.

To see a live update on confirmed drone sightings from the sheriff’s department, visit the following link: