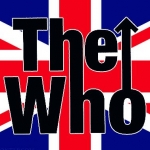 Same as the old Who…because it’s a song from 1966 that never got used.

The Who, “I Don’t Wanna Get Wise,” is the third single from their upcoming album, Who.

Guitarist Pete Townshend said, “these songs are from the summer of 1966. They would not have been rejected by the band members but rather by my then creative mentor, Who manager Kit Lambert.”

The Who’s upcoming album releases on December 6 through Polydor Records.

Watch the video and let me know what you think.