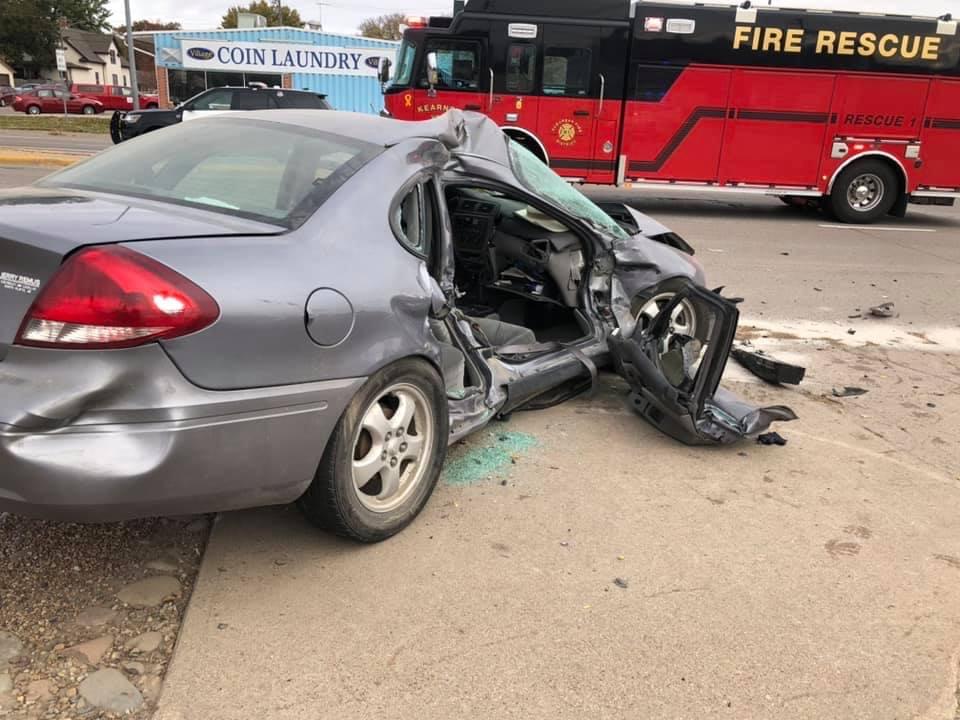 KEARNEY, Neb. – The following is from the Kearney Police Department:

“At approximately 9:27 a.m. on Monday, October 28, 2019 officers of the Kearney Police Department, Buffalo County Sheriff’s Office, Nebraska State Patrol, Kearney Fire Department, and Good Samaritan EMS responded to a multiple vehicle accident at the intersection of 25th street & 3rd Ave near Walgreens. Upon the arrival of first responders, it was discovered that the accident involved at least 6 vehicles and stretched over multiple blocks, eastward of the initial point of impact.

At this point there are believed to be 3 injured that were transported to Good Samaritan Hospital for their injuries sustained in the multi-vehicle accident. This is still an on-going investigation involving Kearney / Buffalo County Fatality Accident Investigation Team (F.A.I.T.) & the Nebraska State Patrol. At 1:30 p.m. the roadway was opened back up for normal vehicular traffic.”