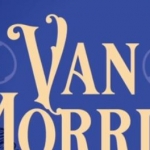 Van Morrison Announces New Album ‘Three Chords And The Truth’
Van Morrison announced that he will release his new album on October 25, and shared the album’s lead single, “Dark Night Of The Soul.”
The 14-track Three Chords & The Truth was produced and written by the legendary vocalist.
be available on CD/vinyl and digital download.
The album features contributions from legendary guitarist Jay Berliner and a duet with The Righteous Brothers’ Bill Medley

Check it out here!