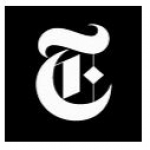 Employees at The New York Times main office have been told that their workspace is infested with bedbugs.

Officials in charge of building operations (at The New York Times) sent a memo to staff, acknowledging that evidence of the pests was discovered on every floor of the newsroom.

The officials vow to sweep all areas and are formulating a plan to rid the workspaces of the pests.

There’s some gross stuff at work, like outdated food in the break room fridge and coworkers who don’t wash their hands… But this takes things to a whole new level. Reports from inside the building suggest that some employees were “freaking out.” That sounds about right.
How can you focus on work under those conditions? and from what I understand, bedbugs are referred to as, “Hitchhikers” because they latch on and travel with you. What the blank. I’d be demanding paid time off until the situation was professionally rectified.