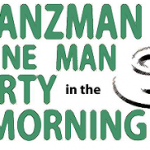 Brian May wants it known that Queen had nothing to do with last week’s release of a “new” track by Freddie Mercury, “Time Waits for No One.”

On his website, May writes, “This new version of Freddie’s take on the theme song from Dave Clark’s 1986 musical of the same name is getting lots of attention. I see people asking why it wasn’t available until now, but of course it was. The original version is still up there on YouTube, with 3.4 million views!

“It’s obviously not a Freddie-penned song either – he got involved as a favor to his close friend Dave Clark. Being Freddie, he couldn’t (like me, I guess) half-do it. He plunged in and did a huge production on a rather featureless song, determined to make it into a timeless epic! Freddie’s production included a big ‘orchestration,’ and loads of glorious vocal harmonies, and the original video had him interacting (visually only) with the cast of the musical. None of which you get in this new version, because Dave Clark has, for this release, smartly lifted Freddie’s lead vocal and placed it alone with a new piano track… So you don’t get Freddie’s production, but what you DO get is Freddie’s lead vocal almost naked, and clear as a bell.

“And WHAT a vocal – what a voice! Freddie poured so much passion into it you get the impression he could make you weep singing the phone directory!

“I hope this does well, because Dave Clark is a very nice man, and a great friend to Freddie. One thing is for sure – the world has a fierce appetite for Freddie right now. How happy he would be.”

In less than a week, the new video has garnered 4.7-million views.

Check it out here: https://youtu.be/LGjt291COa0