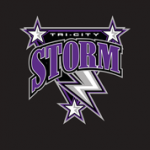 A team-record five Tri-City Storm players were picked in NHL draft over the weekend. Center Shane Pinto was the first pick of the second round and 32nd overall and was slected by Ottawa. Zac Jones was taken with the 68th pick by the New York Rangers while Ronnie Attard went to Philadelphia with the 72nd pick. Two more Storm players were chosen in the fifth round. Goaltender Isaiah Saville went to Las Vegas (No. 135) and defenseman Mike Koster went to Toronto (No. 146).