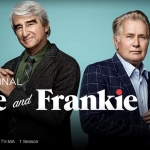 Here’s a headline that got my attention:

“BINGE-CLOCK” CALCULATES HOW MANY DAYS IT TAKES TO WATCH ANY SHOW!

Remember watching television the old fashioned way? I don’t mean black n’ white and rabbit ears, I mean watching a show that you like with numerous commercial interruptions and then waiting an entire week for another episode. That’s just crazy talk now, isn’t it?

Binge-watching your favorite show, no commercials, one right after another is the way to go AND while watching shows in succession on Netflix, it skips the opening credits and jumps right to the opening scene. It’s like a friend that knows you’re binge-watching and it fast forwards past the intro for ya. Nice!

Binge-watching is quite time-consuming which is why BingeClock.com was invented. BingeClock.com is an online tool that lets you know how many hours (or days)  it will take to watch a particular show. For example, if you want to watch every episode of Game of Thrones, it’ll take ya 2 days and 15 hours.

BingeClock.com also has other features, including a Binge Alarm that reminds you when new episodes are coming up…and maybe you should use the Binge Alarm as a reminder to roll yourself over so you don’t get bed sores.